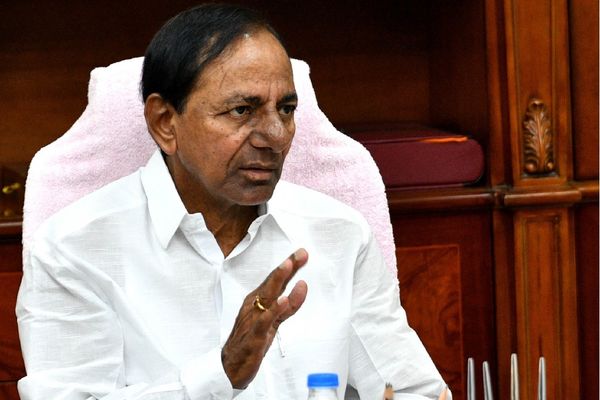 Raising slogans against the Telangana Rashtra Samithi (TRS) government and holding Congress flags, the protestors gathered in front of the chief minister’s residence Pragati Bhavan in Begumpet.
They sat on the road and demanded that the chief minister resign, owning responsibility for the continuing suicides of unemployed youth in the state.
The protestors demanded that the TRS government immediately issue job notifications to fill vacancies in all the government departments. Hyderabad unit president of the Youth Congress, Motha Rohit alleged that the chief minister has betrayed the youth by going back on his word.
He held the TRS government responsible for the suicide of Asampalli Mahesh (24) in Mancherial district on Sunday.
The police arrested the protestors and shifted them to Goshamahal police station.
In his suicide note, Mahesh demanded that the chief minister  issue job notifications without delay. The youth’s body was found on Sunday evening near his village Babberuchelka in Mancherial district. According to police, he took the extreme step by consuming pesticides.
Mahesh left behind a suicide note in which he apologized to his parents. He wrote that despite his best efforts he could not secure a job. The youth said he was ending his life as he did not want to remain a burden on his parents at an age when he should have looked after them.
According to Mahesh’s family members, he had completed the teacher’s training course in Warangal and was jobless for the last four years. He had recently started working for a chit fund company but the company was shut down and the members who had deposited the money through him started pressurizing him.
State Congress chief Revanth Reddy said the TRS government remained unmoved by the spate of suicides by the unemployed. He ridiculed industry minister K. T. Rama Rao’s announcements from France about new investments and job creation in the state.
Meanwhile, NSUI Telangana president Venkat Balmoor and other leaders called on Mahesh’s family. Revanth Reddy spoke to Mahesh’s mother over the phone and consoled her.