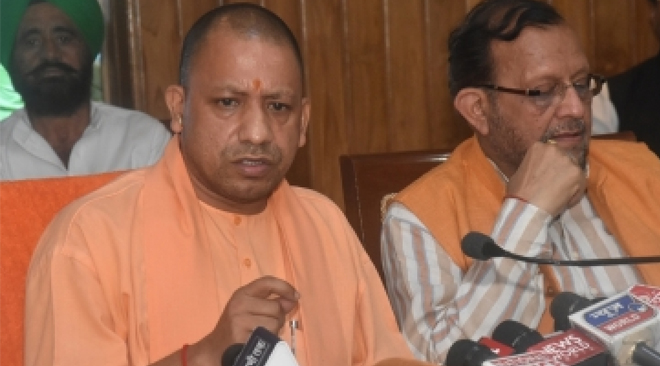 Uttar Pradesh Chief Minister Yogi Adityanath has suspended IPS officer N. Kolanchi, who was posted as Senior Superintendent of Police (SSP) in Bulandshahr.
Additional Chief Secretary (Home) Avanish Awasthi said on Sunday that Kolanchi was found guilty of irregularities in postings of Station House Officers (SHO) in the district which led to corruption charges.
The irregularities were found during a review meeting of the district and the Chief Minister has asked the Director General of Police (DGP), O.P. Singh to carry out a detailed investigation into the matter.
“Two SHOs were appointed within a week at the same police station and another was transferred within 33 days,” said Awasthi.
Meanwhile, SSP Chandauli Santosh Kumar Singh has been replaced Kolanchi, while Hemant Kutiyal will be the new Superintendent of Police of Chandauli.
–IANS