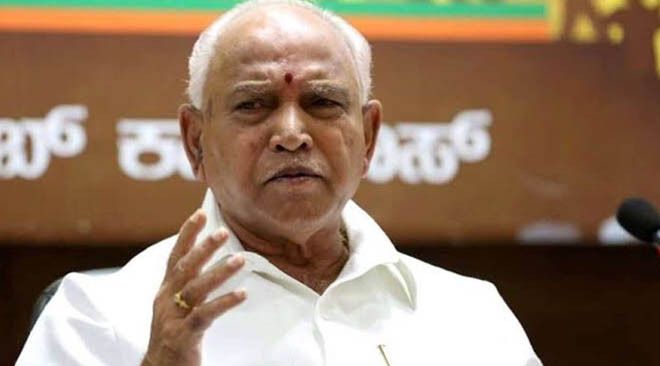 “Take disciplinary action against 150 absentee staff of HOPCOMs,” said Yediyurappa at a review meeting of Agriculture, Horticulture and Sericulture departments.

Out of 550 HOPCOMs shops in the state, only 250 are open, promoting the Chief Minister to instruct action against those not opening shops.

Yediyurappa has also directed official to cancel all deputations in the Agriculture and Horticulture Departments.

Meanwhile, the Chief Minister said no permission should be granted to drill new borewells as the state received good rainfall.

He assured the people of Karnataka not to worry about the swarms of locusts as scientists told him that there will be no affect.