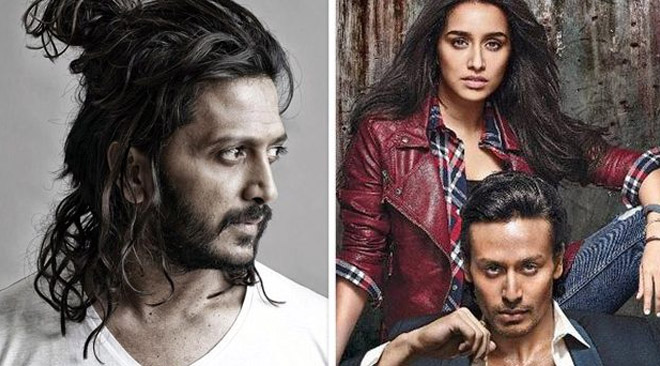 Baaghi franchise made Tiger Shroff a mass action star and the actor is looking at big action thrillers to satisfy his core audiences. The actor is shooting for Hrithik Roshan’s film with him directed by Siddharth Aanand.
He will soon join Baaghi 3 in the direction of Ahmed Khan and Sajid Nadiadwala is gearing up to produce the film on a massive scale again. The story is unknown but Shraddha Kapoor will return to the franchise.
Will the movie also have Disha Patani? We have to wait and see. The new addition to this franchise is Riteish Deshmukh. Reports suggest that he agreed to play an important role in the film.
He had a good outing with Total Dhaamal this year and he has Houseful 4 coming up later. But Baaghi 3 could be his return to EK Villain kind of intense villain role say sources.