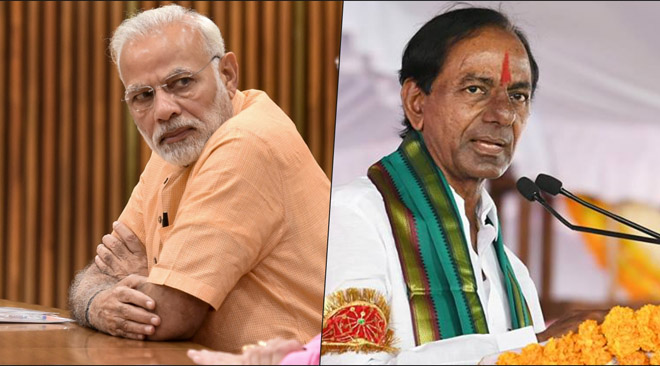 KCR is a worried man now. He is worried by the massive majority that the BJP got in Parliament. The party now does not need the support of the TRS and the TRS practically has no role in the national politics. It has just nine MPs. The TRS feels that it now has little use for the BJP-NDA government.

The biggest cause for concern is that as on date, the YSRCP has greater use for the BJP than the TRS. The BJP might offer the post of the deputy speaker of the Lok Sabha to the YSRCP and keep the party in its fold. Despite not being a member of the NDA, Jagan’s bonhomie with Modi is enough indication that they are on the same page on most issues.

On the other hand, KCR’s comments during the Lok Sabha elections on Hindus have put of the BJP. Also, its dalliance with the MIM is not to the BJP’s liking.  KCR’s attempts to forge a federal front to hard-bargain with the NDA too has irked the BJP. So, the BJP is now trying to show KCR his place. Hence, KCR is a worried man now.