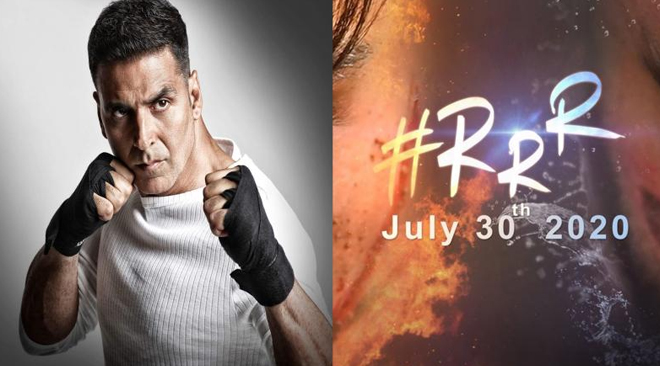 This news has come out as a surprise for everyone as no one would have assumed that Rajamouli’s movie will challenge a Bollywood star’s film that too with a big director like Rohit Shetty, on any day.
The director’s vision bowled over North Indian audiences when he made Baahubali but no one will expect his every film to have such impact all the time. But he can definitely try.
Still, when he made Baahubali entire Bollywood gave his film, the breathing space as Karan Johar played his cards smartly to avoid any clash. But now, Akshay announced Eid 2020 to be the date for his movie, Sooryavanshi, the next installment in Singham cop drama universe.
Singham films and Simmba proved that his idea of cop universe with popular action stars is more viable and we don’t know what Sooryavanshi will be really about. We mean which South film remake, will it be? We don’t know yet.
Still, RRR and Suryavanshi could take on each other for Eid 2020, say some reports from Bollywood media. We are not astonished by this development but what if Rajamouli comes up with even stronger content than Baahubali films? Can Sooryavanshi stand in front of an emotional patriotic film? Will Ajay Devgn allow his friend Rohit Shetty to go against his film, RRR? Let’s wait and see!