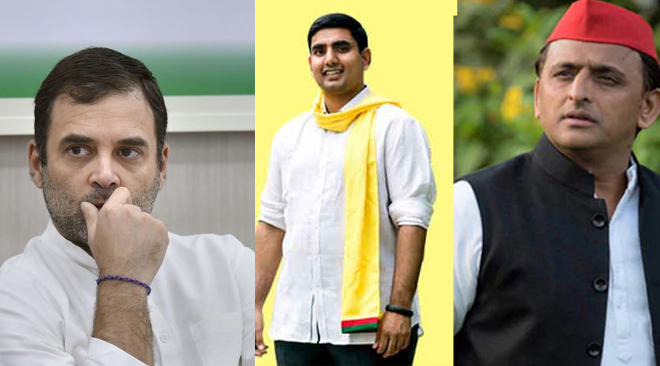 Politicians do everything they can to promote their wards and sometimes even throw out the best leaders from the party to pave way for their sons and daughters. But, it appears dynasty politics are almost coming to an end. The people are rejecting the heirs. Take for instance, Rahul and Priyanka Vadra. Both have been completely rejected.

Rahul even lost his fiefdom of Amethi this time. Ditto with Mulayam’s son Akhilesh Yadav. In Bihar, Lalu’s son Tejaswi has fallen silent after the election defeat and there are doubts about their ability to lead. In Maharashtra too, almost all sons of politicians are defeated. In AP, Lokesh himself lost the election. Karnataka’s Devegowda family could send only one person to Lok Sabha.

There are very few heirs who are holding the fort. Take for instance , YS Jagan. But, his charisma and appeal are largely due to his hard work. He toured the length and breadth of the state for months on and built the party even when several of the stalwarts switched to the TDP. The funda is very clear. Not just dad’s name or fame, once own hard work matters.