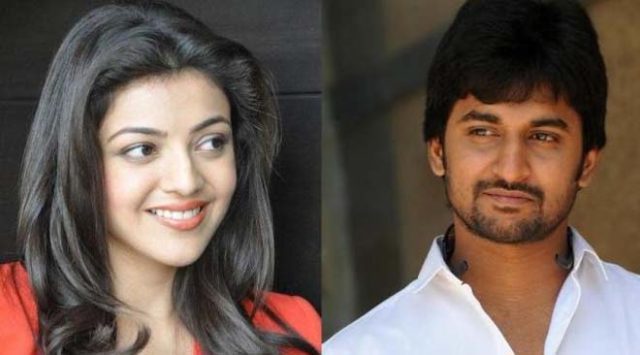 Proper chemistry between the hero and the heroine is of critical importance in the success of any film. Hence, the units give lot of importance to the lead pair combo. They look for novel combos. But, many an occasion, the hero or the heroine might feel that a particular combo might not work for whatever reasons. Nani too rejected one heroine recently saying the combo might not click.

Yes. Some producer came up with Kajal Aggarwal-Nani combo for his latest project. But, Nani reportedly remained unenthusiastic. He felt Kajal might look older as she had already acted with several big time heroes. She rooted for a younger heroine. The film is being made by Mythri Movie Makers and is being helmed by Chandrasekhar Yeleti.

Mythri Move Makers have the dates of Kajal with them for Their remake. But, with the Their remake kept on hold, they wanted to use the same dates and make a film with Nani. But, Nani vetoed the proposal.So, they are back to heroine-hunting.