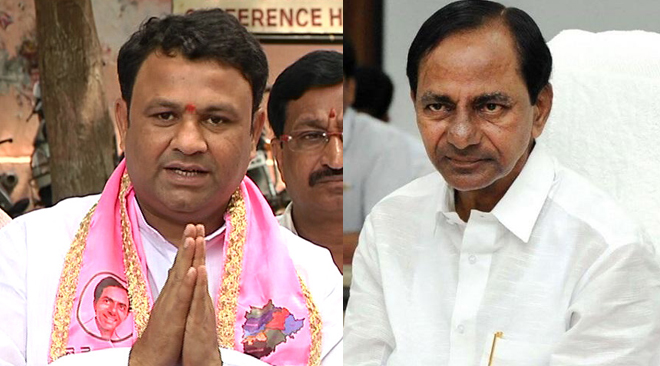 Is sheen wearing off KCR and the TRS. Even small caste groups are rebelling against him. The latest to raise a banner of revolt is the Vysya Community. This small and politically insignificant community has just one MLA in B Ganesh Gupta. He had won from Nizamabad.

The community has been pleading that he be given a respectable post in return for the support the community gave to the TRS at the hustings. But, for the last one year, the Vysya Community could not get an appointment to meet KCR. This has led to deep resentment among the community.

Similarly, Malkajgiri MLA Mynampati Hanmantha Rao, who is from KCR’s community, has gone incommunicado ever since he was denied a ministerial berth. Every attempt to reach out to him has failed. He is upset that he has not been considered for the post. Even Bodhan MLA’s antics are giving lot of anxious moments for the TRS boss. It remains to be seen how KCR tackles this growing dissidence.