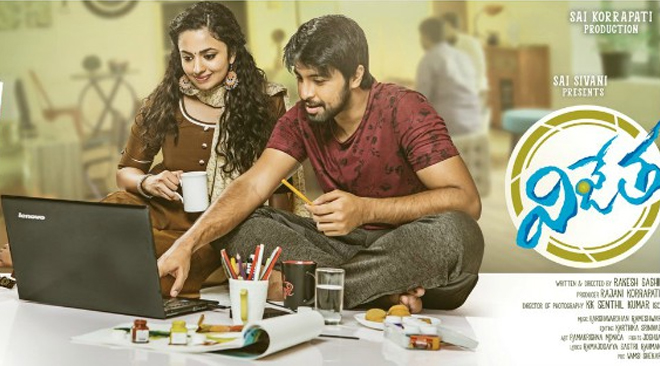 Classics and memories just happen by accident, they cannot be planned. This is the common belief in artistic circles and film world. Yes, it is true. You cannot construct everything perfectly but then no classic can also be called a perfect film. 1980’s Vijetha of Chiranjeevi, focused on a father and son relationship, that ends with son sacrificing his goal and compromising with life to save his father.

This one starts from there and tries to explore today’s youth recklessness and gives a reality bite of what life can be, if you don’t realize it’s importance at the right time. That film ended up as a classic and it is still raved as best of Chiranjeevi, the actor than star. So, does this Vijetha can also stand up to that in comparison? Let’s discuss about it …

Ram (Kalyaan Dhev) turns out to be reckless and highly careless about his future even though he has a loving father Srinivasa Rao (Murali Sharma) who loves him too much and supports him at every action. As a father, he wishes to do what all he can to see Ram happy and successful.

But Ram turns out to be worse than an average student. He slowly starts realising his mistakes and tries to rectify them. He starts a business where surprising a person is the main event and it kicks off badly but later with his hard work, it becomes a success. He realises that his father had an ambition which he gave up for his family and mainly, him. What did he do then? How did he realise the love of his father? What really drove him to become a hard worker from a reckless youth? Watch the movie for answers …

Kalyaan Dhev for a debutant showed enough ease in his dialogue delivery but he needs to improve on his expressions and body language. For a debut film, we can give him pass marks. One thing though, if you remember Manchu Vishnu while watching him on screen, then it is nature’s trick than his fault.

Murali Sharma’s performance is the backbone of this film. As a loving father and a person who has a passion, he lived in his role rather than just perform. It is him who carries the film more than other cast members. Malavika Nair, Pragati and others are good in their roles.

Harshavardhan Rameshwaran, the music director of the movie is highly influenced by Tamil music directors and his back grond score is good in parts. In a way, his songs even though good to listen, don’t seem apt for narration.

KK Senthil Kumar, the cinematographer of the movie did his best in making the proceedings look pleasant and relative. His shot composition is very good but the script lacked enough depth to make us not notice his brilliance separately.

Karthika Srinivas, the editor, did a fare job in assembling the cut of the movie but still thr script and few shot selections seem to have no good thought behind them. It could be majorly due to the director but as an editor one has to take some control over the cut too.

Rakesh Sashi, the writer and director, very cleverly based his story on father in a father-son relationship as that angle hasn’t been explored much like he did. The way he related to a father’s sacrifice and son’s responsibility, one feels his story had a point but it lacked enough depth for us to connect to it. The cliches come in to harm the novel point and also, his leading cast couldn’t share the burden equally. These kind of films need an emotional investment from the audience member, not for one or two sequences but for entire narrative. He failed to achieve that.

Few sequences that were executed well.

Taking a debut actor for a heavy film.

Narrative that follows a cliched path

Length of the film.

We are accustomed to watch a typical Tom and Jerry kind of relationship of a father and son, flip flopping by the end of the film and becoming a relationship with love and respect. But here, the writer and director wanted to explore it with subtle emotions that pay rich dividence at the end.

While his idea is good but script did not have enough depth for an audience member to connect with the relationship that is depicted on screen. This is a classic case of a film that had many things going its way, still small details go horribly wrong to make it look bad.