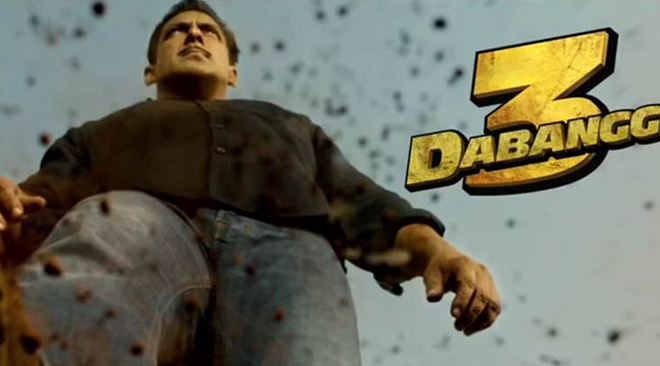 Dabangg 3 is the most eagerly awaited big film of the year for Hindi Cinema. Even though every month they scored a hit, big films haven’t worked largely and the losses from last year have also affected the market highly.
Hence, Salman Khan needs to strike big on Christmas for the balance to be back. Akshay Kumar is looking to challenge him with Good Nyuzz, on 27th December but if Dabangg 3 works, it can eliminate the competition easily.
Prabhu Deva after 10 years is back to directing Salman Khan and Wanted became a huge comeback for Salman Khan to be rediscover himself as action hero. Dabangg 3 can put him back as the Blockbuster Bhai of Box Office after 3 dull performers.
Tiger Zinda Hai, his last blockbuster did work at box office during Christmas holidays but it won’t get such solo run this time around. Still, fans will be waiting for 20th December to see Salman as Chulbul Pandey and here is the first look motion poster. Dabangg 3 will release in Tamil and Telugu too.