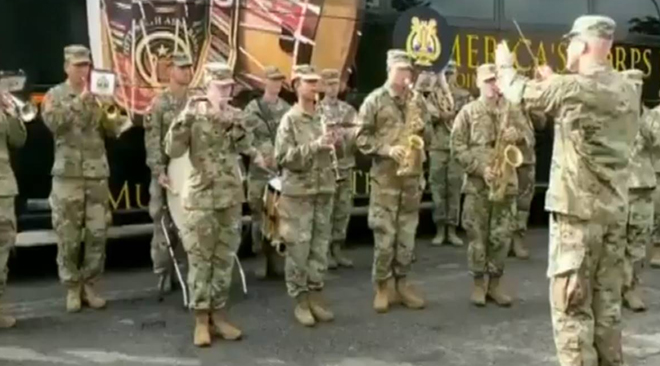 Chak De India film is the one, which explicitly showed Superstar Shah Rukh Khan, admiring a “white National” (politically correct word will be an ‘International person’s) hoisting Indian flag before India vs Australia final match in the film for Hockey World Championship. If we dig deep, there could be many films that tried to have such a moment but the impact of CDI is subtle, strong and different.
Can we ever expect such a thing to happen in real life? Can we feel such pride looking at an International person giving respect to Indian flag and singing National Anthem, not at sports but as an Army?
Well, here is a video that makes our dreams come true. USA Army and Indian Army, jointly introduced Yudh Abhyas exercise where both US military forces, Indian forces will jointly be trained in war skills.
This exercise is conducted for both armies to jointly negate the threat of terrorism in the world and both armies will train, plan & execute well developed operations to neutralise the threats.
As part of it, on Wednesday, USA Army band played Indian National Anthem in full glory marking the last day of training. ANI posted the video on Twitter and it is going viral all over, the social media.
Watch it here and remember to stay in attention as mark of respect.