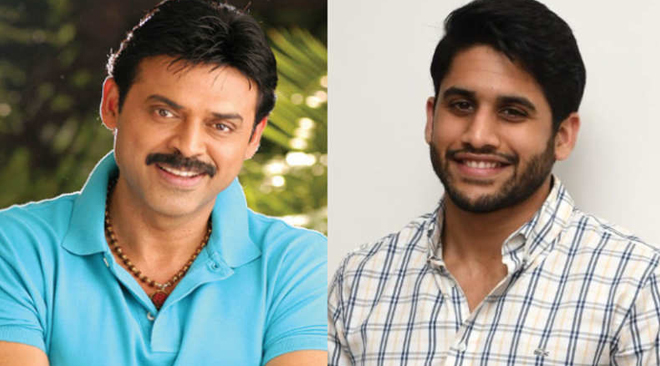 It is hard for Fab Four – Chiranjeevi, Nagarjuna, Venkatesh and Balakrishna, to come up with entirely new characters that they have never did. That too in latest films, they can’t really say that they did not do such role ever.
They might have at least did another version of such character in one or another film. But sometimes makers can present them in fresh way and there are audience willing to pay big bugs if they like it, still.
Venkatesh proved it with F2 and he is going to start Venky Mama in March, most likely. The movie will have Naga Chaitanya playing his nephew in the film.
Venkatesh will be playing a complete Village guy in the film and he will be coming up with euphemisms and punches like he did not in the past decade, it seems. Bobby is writing and directing the movie.