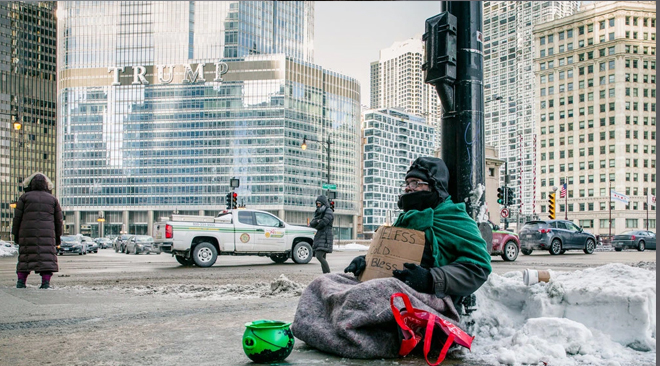 A worrying state of affairs in USA due to Trump’s Presidency is coupled by Polar Votex induced deep freezing cold temperature across the Mid-western states in USA.
Wisconsin state has already announced emergency and the schools, museums and every outdoor activity has been shut down as the temperatures are going to go down lower than -60℃.
Chicago city is also facing the same issue and the weather is going to get brutally cold for several more days and it could last weeks in the mid-west.
People are advised to not step out and homeless are finding it hard to find shelters as they fear freezing in such weather.
Government of USA is just watching it all unfold as Donald Trump is more interested in mocking Global Warming supporters as he doesn’t believe in it.