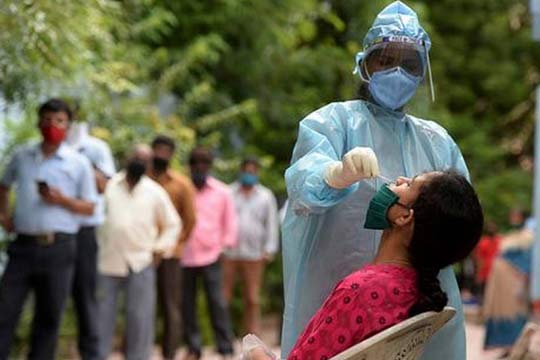 Four more COVID-19 patients succumbed during the period, taking the death toll to 1,311. The fatality rate of Telangana stands at 0.56 per cent as against the national average of 1.5 per cent.

Officials said the percentage of deaths due to COVID-19 was 44.96 while the remaining 55.04 had comorbidities.

According to the daily media bulletin released by the office of the Director of Public Health and Family Welfare, 1,432 more coronavirus patients recovered during the 24-hour period that ended at 8 pm on Sunday.

The state’s recovery rate improved further to 91.40 per cent as against the national average of 90.2 per cent.

The cumulative tests climbed to 40,94,417. Eighteen government and 46 private laboratories and 1,076 Rapid Antigen test centres are conducting the tests.

The authorities, however, released no data as to how many of the total tests conducted so far were Rapid Antigen Tests.

Samples tested per million population ratio rose further to 1,10,005. The daily testing target of the state is 5,600 tests per day as against the World Health Organisation (WHO) benchmark of 140 per million per day.