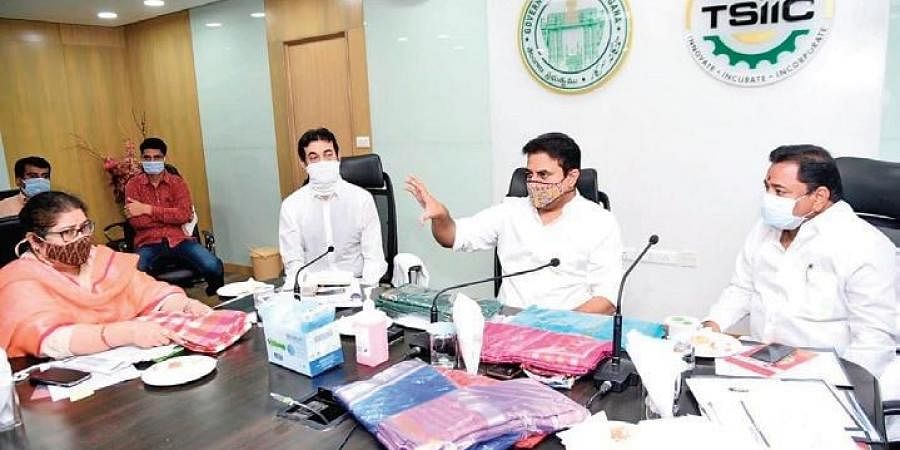 The Telangana government has released Rs 73.5 crore for the welfare of handloom weavers and ancillary workers towards various schemes that are being implemented in the state, state Industry Minister K. T. Rama Rao announced on Tuesday.

He said the state government was taking up measures to ensure institutional and structural development of handlooms sector in the state and different welfare schemes and programmes are being implemented accordingly.

As per the instructions of Chief Minister K. Chandrasekhar Rao, measures are being taken to ensure the monthly income of the workers is over Rs 15,000, he said.

At a review meeting with Handloom Department officials, the minister said that following the implementation of different programmes by the state government, monthly income of handloom and ancillary workers had increased, and their living standards have improved.

During the meeting, KTR, as the minister is popularly known, reviewed the progress and implementation of all the schemes. He said the department would take all measures to release the funds sanctioned to workers at the earliest.

These government schemes are also helping the weavers have continuous work throughout the year, he added.