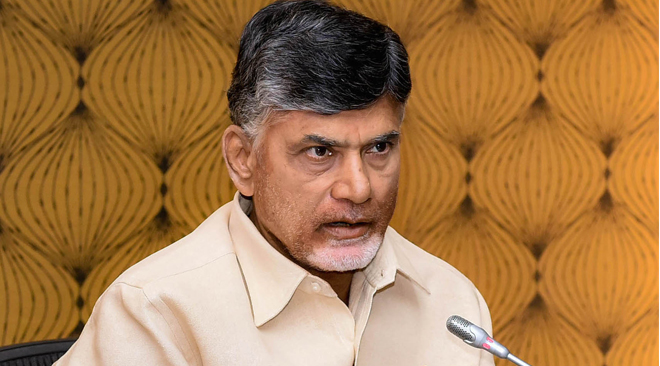 Andhra Pradesh Chief Minister and TDP President Chandrababu Naidu is facing difficult time. Leaders are threatening to quit the party if thier kin are not given party tickets to contest in the ensuing Assembly elections.
JC Brothers already gave ultimatum to  Chandrababu that the TDP will face big jolt if their sons are not given opportunity to fight the elections from their assembly segments.
Deputy Chief Minister KE Krishna Murthy demanded the TDP Chief to allot party ticket to his family members only.  After the joining of Kotla Vijaybhaskar Reddy,  political equations in TDP are changing fast in Kurnool district.  The followers of KE have become intolerant and getting ready to quit the party anytime.
Another senior leader from Kurnool district TG Venkatesh is also demanding ticket for his son to contest from a constituency. Senior most leaders in East Godavari,  West Godavari and Prajasham districts are also vying for tickets to their family members.