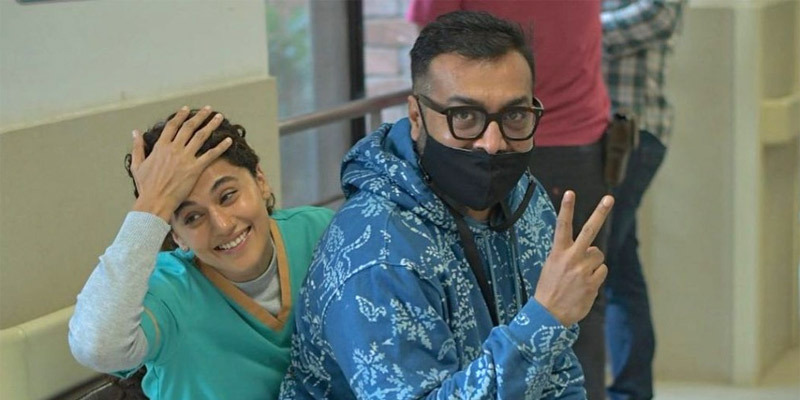 The actress tweeted about her association with the director, saying some collaborations deserve to be repeated.
“My #DobaaraaSeries. Coz some collaborations deserve to be repeated. Ready to create more memories because we were running out of Manmarziyaan stories to tell…@anuragkashyap10 let’s do this #Dobaaraa,” Taapsee tweeted.
Talking about the film, Taapsee had recently shared: “This is going to be one of its kind thriller. This is going to be unique more so because it’s got someone like Anurag directing it and Ekta backing it. It’s my second collaboration with Anurag after Manmarziyaan and Sunir (of ATHENA) after badla so I know there are expectations riding on this.”
The film is being produced by Shobha Kapoor, Ekta Kapoor, Sunir Kheterpal and Gaurav Bose.

Mrinal Dutt put on 5 kilos for ‘His Storyy’ role