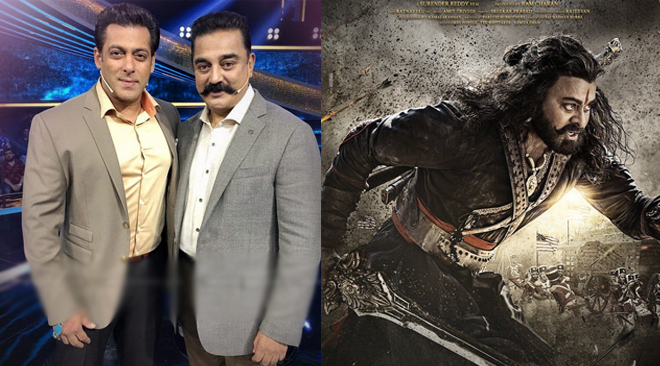 Sye Raa Narsimha Reddy is the new film from Megastar Chiranjeevi after his blockbuster return to films, with Khaidi No. 150. The film took 3 years to be completed and DI work, in the presence of Director of Photography, Ratnavelu, is going on as we speak.
Julius Packiam finished his score and final cut is almost finalised, it seems. Surrender Reddy, the director is working on trailer cut and other mixing works.
Amit Trivedi scored music. The team will unveil music and also conduct the event on a large scale as pre-release event for the film, it seems. Rather than at Kurnool, the team decided to do event in Hyderabad, for security reasons.
Ram Charan – the producer, Allu Aravind, Allu Arjun, Sai Dharam Tej, Varun Tej, Niharika, Nagababu will attend the event, it seems. Salman Khan and Kamal Hassan have been invited as chief guests from Mumbai, Chennai as the makers planning it as Pan-India release.
Both of them, still did not accept their invitation but Salman could most likely be present at the event it seems. Sye Raa will release on 2nd October.