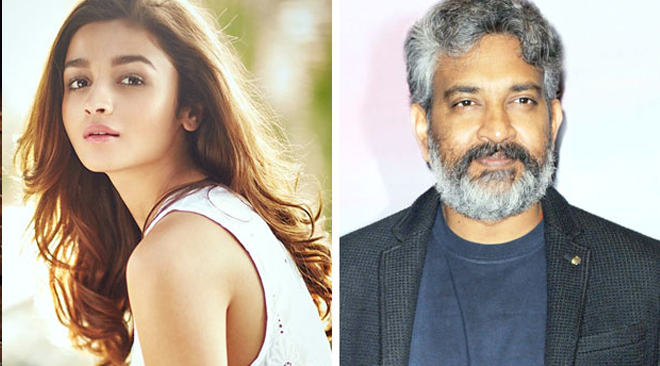 RRR is the biggest multi-starrer in Telugu Cinema in recent years. In last thirty to thirty five years, never two huge stars in their prime have come together and SS Rajamouli did that feat.
He could bring the dream combination of Mega-Nandamuri on board for this movie and the craze for this movie in trade is exceptional. They are ready bet anything and everything to secure the rights of the film.
But for this crazy project, still an actress hasn’t been signed on and we heard a lot of names that are reportedly in consideration. Recent one is that Aalia Bhatt is being considered for an important role opposite Jr. NTR.
We don’t know if the talks are true and how they are proceeded by the team, but surely, a big bollywood actress will be a part of this crazy adventure 1920’s ride, which will release in 2020!