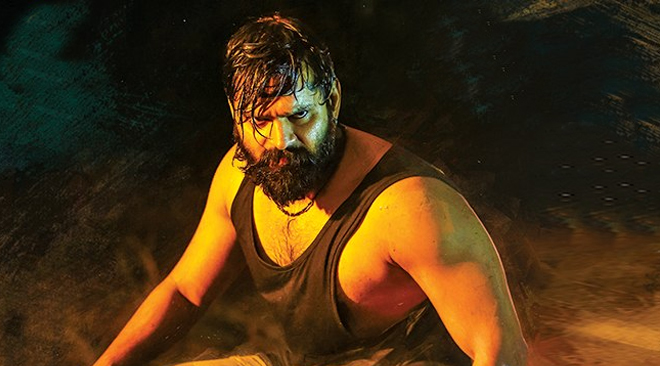 Star Cast: Sree Vishnu, Rohini, Nikki Tamboli, Lahari, Bhanu, Naveen and Ravi Prakash
Crew:
Music Composed by Suresh Bobili
Edited by Dharmendra Kakarala
Cinematography By Sid
Written & Directed by Krishna Vijay L
Produced by Rizwan
CBFC – U/A
Sree Vishnu has been trying to prove himself as an actor and become a star at box office from long. His recent movie, Brochevarevarura proved that his choices in scripts are improving and even his efforts in trying to bring a character to life are more evident, fruitful. So, will Tippara Meesam become his own Arjun Reddy like every actor in TFI is hoping to find? Let’s discuss
Krishna Vijay did Asura before and to be honest, he impressed people more with his shot execution than his story telling capabilities in that movie. Again, he does the same mistake and repeats similar kind of flawless story-telling with no hook, whatsoever. When you try to say, Tippara Meesam, which is a character trait for a person with attitude, you should feel a connection. In Chatrapathi, we connect with Shivaji character played by Prabhas, hence, we feel the high.
Here, Hero keeps saying that he likes a Manly challenge and accepts it like a Man by twirling his moustache to win. We never feel that his challenges are that manly or he needs to use the phrase more. Director wanted to talk about false prestige and untold emotions that hinge on misunderstood actions for testing circumstances. But he doesn’t take the approach such a story requires and keeps writing himself into a corner by making silliest possible mistakes.
The biggest slip for him in this movie is the lack of a holding point that hooks you to the movie and its central conflict. The conflict doesn’t open up discussion about his problems and even follows an incoherent path without a proper character design. According to the story, the character feels unapologetic and even problematic at accepting the flaws.
This movie needs a big enough conflict and resolution that maintains our interest in the proceedings. Major issue with the film is that it doesn’t really connect with the audiences and it explores different points which reduces the overall impact. This is a decent enough story and film which could have been a good movie with a better script & execution.
Rating: 2.5/5