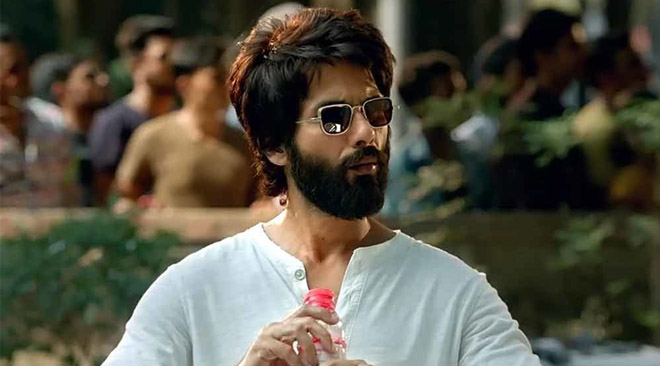 Shahid Kapoor has been waiting for a good film that will propel his image all over and give him a big box office hit. The actor after Haider and Udta Punjab is expecting big things for Kabir Singh.
In an interview, he said, “I loved the way Arjun Reddy in Telugu was narrated and I’m sure the rawness will attract Hindi audiences too. I am happy after watching the initial response to the music and Sandeep Vanga narrated the story well on-screen too!”
He shared that he dislikes smoking but as the character needs he did it and he would never endorse such a harmful habit to health. He made it clear that as an actor, he is different to what he is in real life.
He praised entire team of the film for being able to come up with something special and said 21st June, will be a memorable day to all of them. Kiara Advani is playing lady lead of the film.