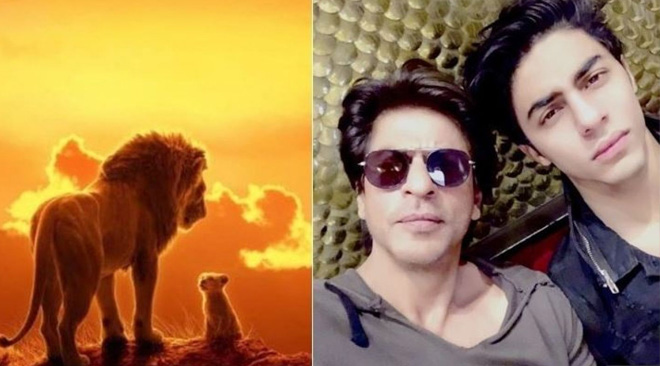 Shah Rukh Khan rocked the Nation on big screen after being able to impress families in Circus and Fauji, TV shows. With Darr, Baazigar and Dilwale Dulhania Le Jayenge he became one of the biggest stars, India has ever seen.
From 5 years, he has been going through down period but he gave voice to Mufasa, the Lion King, in Hindi and his son, Aryan Khan is debuting with the film as Simba.
Disney India seems to have played their cards right and the young actor sounds good too. We don’t know his acting abilities but he has a good voice and dialogue delivery.
He got Ranveer Singh, Karan Johar, Deepika Padukone, Riteish Deshmukh, Farah Khan Kunder excited about this debut. They all praised his efforts and the fans of SRK felt they are heading young SRK’s voice. If Hindi version can get more tickets sold with this big move, then the film will be able to cross Jungle Book’s collections in India for sure.