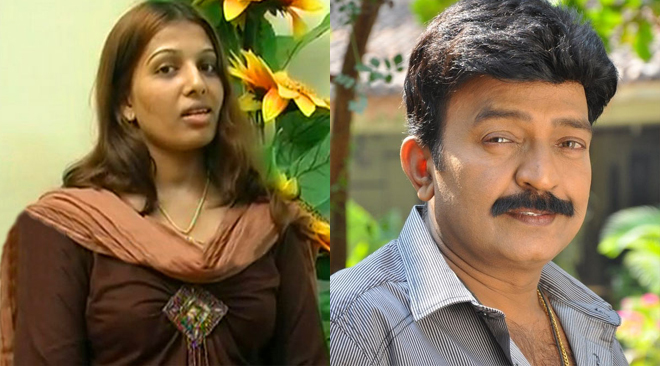 Tara Chowdary is a name that needs no introduction to Tollywood watchers. Starting as a junior artiste, Tara had a tempestuous rise in Telugu states with her sleaze stories. Her clientele included big names from the film and the political world.

There were always rumours of Tara Chowdary’s dalliances with hero Rajasekhar. Amid rumours flying thick and fast, Rajasekhar had strongly denied any link-up with Tara Chowdary. Now, Tara too has come out on the rumours.

She says she has always been a great fan of Rajasekhar. She said ever since she watched ‘Maa Annayya’ he adored Rajasekhar and liked the scenes where he shows his affection towards his brother. She says that after she came into the industry, they once came looking for a flat  in her apartments. That was how she met him. There is nothing more to it and all the rumours are simply baseless, she says.

She says Rajasekhar and Jeevitha are a perfect couple and all the rumours about them are patently false. We just converse whenever we meet and I took a selfie with him during one of the shoots. That’s all!! The people used this selfie to blame us. But, there is not truth in the rumours, says Tara Chowdary.