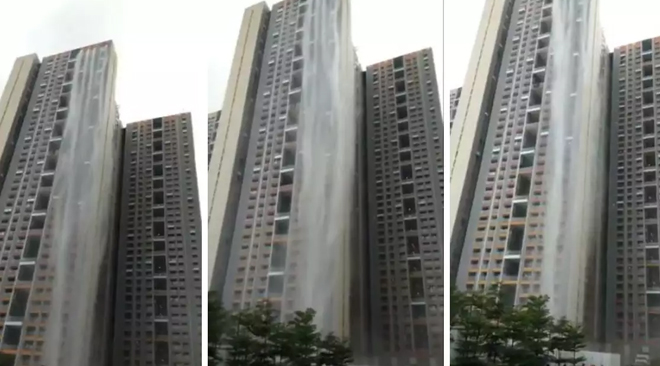 How does it feel to see a waterfall coming down to touch the earth from 480 feet height? It would have been an “awe-striking moment.” But, this gushing down of water made people run helter and skelter and the people got panicky.

The reason, the water was gushing forth from the top of a 40-storeyed building. The clip of the water falling down as if it’s a waterfall has now gone viral on the social media.

Even as Mumbai is reeling under heavy rains, the overhead water talk one of the skyscrapers – the New Cuffe Parade  – collapsed and the water  came down like an artificial waterfall.

A netizen captured 40-second video of the water hurtling down like a torrent and soon the video went viral. Here is the video for you….