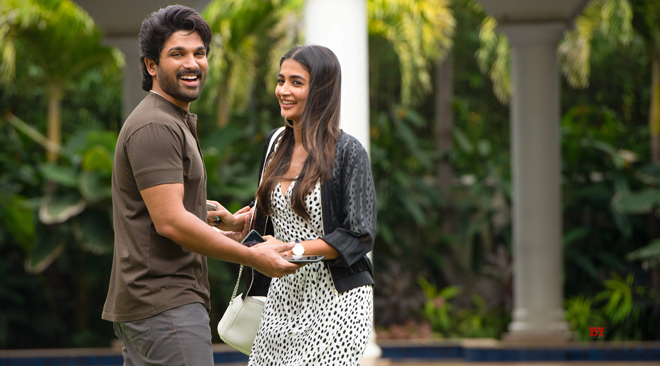 Allu Arjun’s upcoming family entertainer ‘Ala Vaikunthapurramlo’ is nearing its completion. The movie unit is presently shooting for the super hit audio single Samajavaragamana in Paris. The song is being shot lavishly in picturesque locales and will be a visual feast. Thaman’s sublime music, paired with Sirivennela Seetharama Sastry garu’s lyrics have made this song an instant hit.
Samajavaragamana is already creating ripples on social media and will have an even bigger impact once the video teaser is out.
Trivikram Srinivas and Allu Arjun have teamed up for the third time for the movie ‘Ala Vaikunthapurramulo’. Produced jointly by Geetha Arts and Haarika & Hassine Creations, this movie, which will hit the screens on 12th January 2020, has been riding high on expectations.