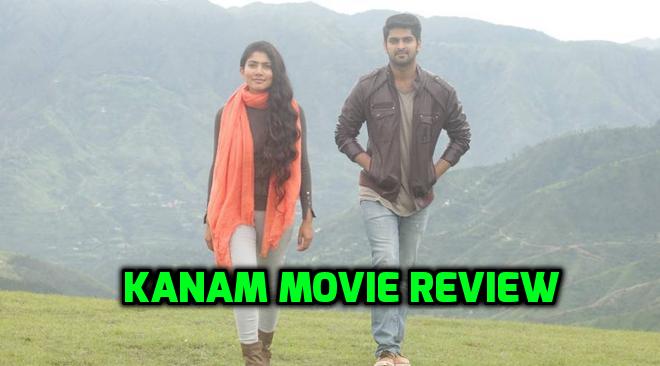 It is apparent that teen pregnancy is seen as a crime in India. We believe it is better to abort than let the young girl face consequences of her action. To avoid any kind of humiliation such, once upon a time, our society decided to get the girl child married at the age of 8 and if by 13, she isn’t married, people used to think she is bad luck. From those dark ages, we have come so far, but we still don’t really accept that women need to have their own life and career like boys. We still, try to decide many things for them in the name of protection and say that we cannot face public humiliation. Rather, if we start educating our kids without restricting, it could yield better results.

Unfortunately, Kanam doesn’t try to explore the point in such healthy way. It is a lethargic movie with nothing concrete ever happening. Except for Sai Pallavi nobody really give it their best shot.

Tulasi (Sai Pallavi) and her lover, Krishna (Naga Shaurya) as teens end up at an hospital nervous. A doctor tells that Tulasi is pregnant and their parents come to the hospital. Tulasi’s parents and Krishna’s parents are completely against the idea of getting them married as teens.

They decide to separate them for five years and then get them married. They both with the blessings of their parents marry at a temple. Krishna’s father give him a new flat as gift but Tulasi is still upset about losing her unborn. She names her Diya (Veronica) and keeps drawing faceless pictures. But one day, she hears the sound “Amma” in the thin air. What happened? How come Diya was able to call her? Is it Diya or someone else? Watch the movie for answers …

Sai Pallavi tries to be in the character that really needs maturity to portray. She excels but the writing as real strength to give her any backing. It is just her face to the camera, trying to make out an emotion. There is no real weight because the writing doesn’t support her at all.

Others in the film like Priyadarshi, Nizhalgal Ravi have no major purpose. Veronica is cute but she doesn’t have a character in the film to terrorise or to emotional make a viewer connect.

Cinematography by Nirav Shah is excellent. His visuals have quality and detailing. All the effects used are practical effects and none of them are computer generated VFX for most part. He handled them pretty well.

Music by Sam CS is vintage Ilaiyaraja. He uses the mastero’s techniques in trying to enhance a scene. While his music is good and delightfully loud, scenes doesn’t have enough awe to carry the feel forward.

Editing by Anthony is on-point. He couldn’t have used his razor sharp skills much better than how he did. He needed content to really make any difference. With all he had, he tried his best.

Writer and Director, A.L. Vijay has a good knowledge on how to reproduce a visual he saw. But he doesn’t really have writing chops go back it up. His films have visuals, have good performances from actors, have god technical support but the basic writing skill is absent from them.

He tries to showcase something that only he can connect with. He doesn’t really think about how he can find a connect with audience. He makes sure that there is a plot but he doesn’t define characters. They just appear as caricatures. He doesn’t even have complete screenplay sense or ability to create an emotional core for his films. Kanam too lacks in such depth.

Lack of depth in writing

The best movie is that which can give us a fulfilment of watching a film. Horror films try to help us feel the fear and terror of desperation to walk away from that situation but still keep us intrigued enough to solve the puzzle. Unknowingly, we get invested into the story and characters.

This horror film doesn’t have such elements. It has events that are stitched in a very lazy manner. There is no connect that an audience member can feel and there are no sequences that atleast thrill you. You predict the outcome right from the first scene and it is more about playing a game of who can predict the next scene first from there on. A completely missed opportunity with good actors