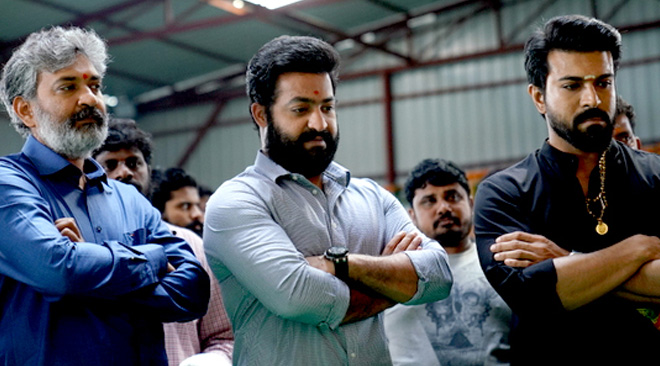 Rajamouli is known to be very secretive about his film and its story. He takes every care to ensure that nothing leaks from the sets. But already some pics from the sets are doing rounds on the social media. From these pics, one can make out that the film is going to be a period flick based on British era India. A pic shows an old-time police station.

These pics have proved that the rumours of RRR being a period flick are true. The film is now being shot in a specially erected set in the Ramoji Film City. It is from this set that the pics may have been leaked.