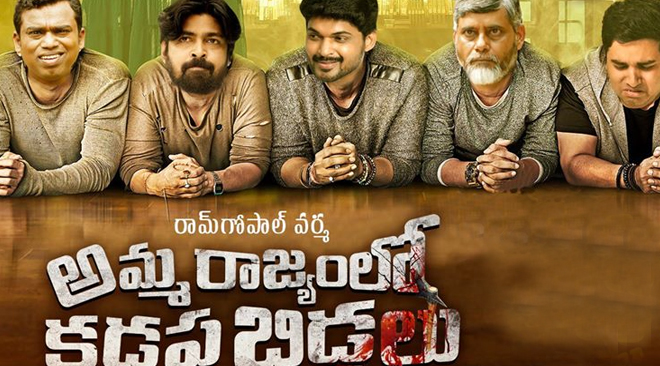 Cast: Ajmal Ameer, Dhananjay Prabhune, Dheeraj KV, Anchor Swapna, Brahmanandam, Ali, Dhanraj, Mahesh Kathi
Crew:
Written by Ram Gopal Varma
Music by Ravi Shankar
Cinematography by Jagadeesh Cheekati
Edited by Anwar Ali
Directed by Siddharth Thatholu
Produced by T. Naresh Kumar, T. Sreedhar, Natti Karuna, Natti Kranthi
If you think you have seen the end of Ram Gopal Varma’s downfall, remember one thing, he has nothing to lose as all these films will go down in history as his experimental failures. He made his mark on Indian Cinema with Shiva, Rangeela, Satya, Company and Sarkar. So, whatever he achieves on top of them is like a bonus. And that bonus is nothing but a lesson for all future filmmakers in how not to lose your interest in filmmaking after a point.
While we see Martin Scorsese still trying hard to make a movie that he believes in and make it as good as he can, RGV has given up on good filmmaking long back and now, he is making even more cringe-worthy films with an agenda. Yes, Nara Chandrababu Naidu’s Government stopped him from releasing Lakshmi’s NTR, restricted his entry into AP state, Jagan – then opposition leader gave him his support and he repaid all of it by making a political satire. There is no story in this film, for us to write about. Read news articles and imagine Hyper less Aadi punches delivered by a non-actor group, that is this film, in a nutshell.
RGV is making films for fun. But had he been a little bit considerate about young talents who are working with him, he might try to find a Krishna Vamsi or a Puri Jagannath from the lot. But he is finding those makers or using such people’s names who seem to have no knowledge to even make a short film video on YouTube. RGV literally seems to be trolling audiences for accepting his cinema and for making him a prolific genius filmmaker.
Siddharth Thatholu might have just executed RGV’s frames and they look even lackluster than Officer. Each and every scene tries to spoof a politician or a popular figure but ends up irritating us further. Pawan Kalyan and NCBN become jokers in this film and Nara Lokesh’s character is used to be poke fun at the young political leader in a wrong sense.
Telugu Cinema saw political satires, direct comments on Governments, policies and politics and even such films that are left ideology prone but none of them tried to stoop so low to generate “fun”. This film actively derails from the first frame and the Doppler effect is visible too. As we try to have some fun, the joke lands far away from the right mark and irritation brightens up. We just cannot sit through the runtime, even if he hates the politicians and like actors.
RGV might not stop until he progressively degrade the quality of Cinema, altogether. May be audiences can give him money and donations regularly to stop making such films and try anything worthwhile his time and ours too. Otherwise, we may have to keep facing insults from the filmmaker for terming him as a genius and liking his films, once, every 6 months with a new method of torture.
Rating: 0.5/5