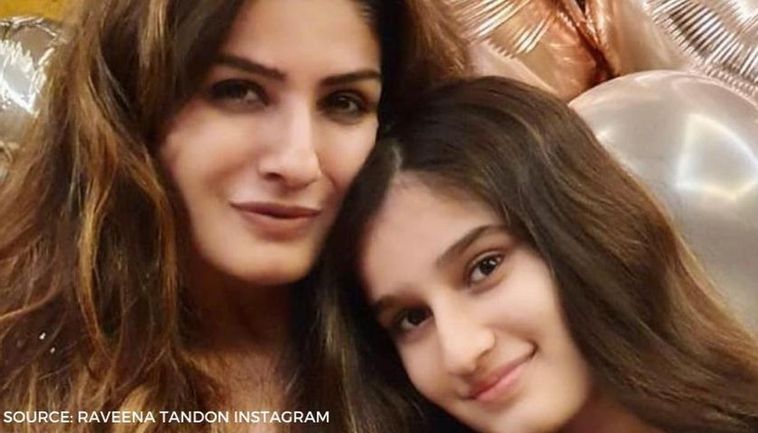 Actress Raveena Tandon is on a social media posting spree as her daughter Rasha Thadani celebrates her 16th birthday on Tuesday. While the first set of pictures were uploaded earlier in the day with Rasha and her friends, Raveena has recently posted another set of pictures of Rasha celebrating with her family.

The actress had earlier posted pictures of Rasha with her friends and pondered over the importance of having childhood friendships.

She had written in the caption, “Truly blessed are those who have lifelong friends… who make moments special.from babies to now.always together. Thankyou.”

On the work front, Raveena will soon be seen in the film “KGF: Chapter 2”, and will make her OTT debut with the series “Aranyak”.