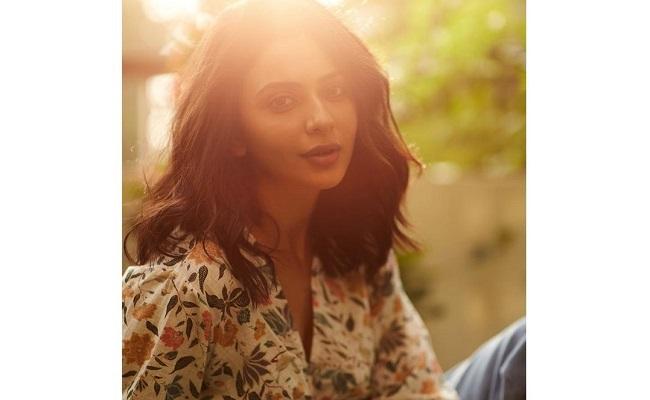 ollywood actress Rakul Preet Singh spreads sunshine mood in her new Instagram image, and urges everyone to follow their dreams.

In the picture, she is seen sitting dressed in a floral crop top paired with high waisted jeans.

“Follow your dreams, they know the way #sunshinegirl #mondaymood,” she wrote as the caption.

Rakul has a string of projects lined up. She will be seen sharing screen space with Arjun Kapoor in a cross-border romance. The actress will also be seen in Thank God, co-starring Ajay Devgn and Siddharth Malhotra. The film is pitched as a slice of life comedy with a message.

Her other film coming up is MayDay, with Amitabh Bachchan and Ajay Devgn. The film is directed and produced by Devgn.