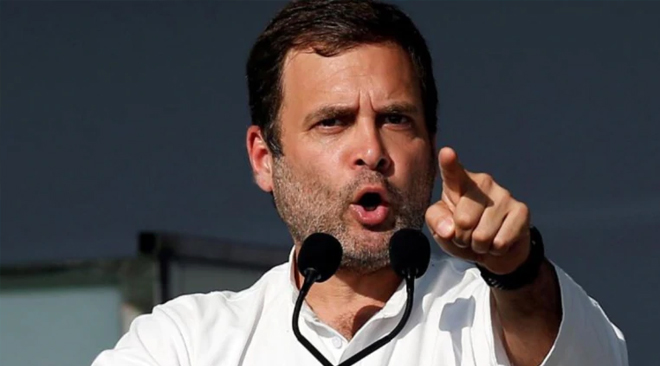 Congress leader Rahul Gandhi said that his party has organized a mega rally at Ram Lila ground in Delhi on Saturday, ”against the dictatorship of the BJP government and slaughtering of Indian economy and democracy”. He said that he will address the public gathering over these issues.

Delhi Pradesh Congress Committee president Subhash Chopra on Friday said that the “Bharat Bachao Rally at the Ramlila Ground will be historic and he expects that lakhs of people from across the country will participate in this”.

The party has made arrangements at Delhi Airport and railway stations to receive Congress workers and leaders arriving from different parts of the country for the rally. He said, “a large number of people will arrive early Saturday morning.”

The rally is organized to protest against the economic slump, unemployment, poverty, distress in the farm and industrial sectors, soaring prices of essential goods, including onion, petrol and diesel and other issues created by the BJP Government”s ”destructive policies”.

Large hoardings of Sonia Gandhi and Rahul Gandhi have been put up all around the Ramlila ground and across Delhi. Chopra said that the Congress party has launched an aggressive campaign for the promotion of the rally and a 10-km radius of the rally venue has been decorated with tri-color flags and banners.