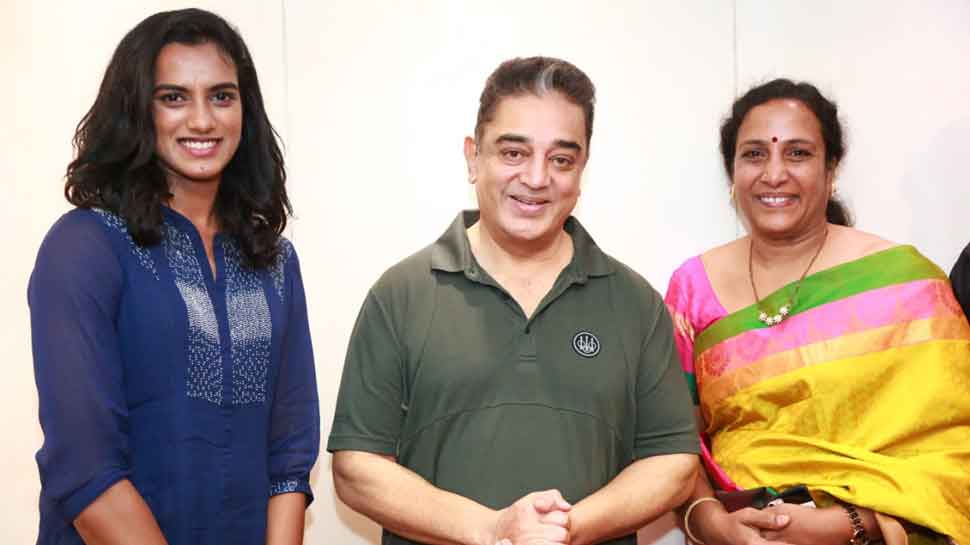 Haasan said Sindhu, who recently became the first Indian to win gold in the badminton World championship in Switzerland in August, was a “celebration of the country’s pride.”

Sindhu who had lunch with the actor said, “of course my ultimate aim is the 2020 Olympics. I am working hard for it, Olympic Qualifications are going on and I do my best and get gold.”

Chinese President and PM Modi are staying in Chennai for two days, all the schools, shops, movie theaters were closed for security reasons.