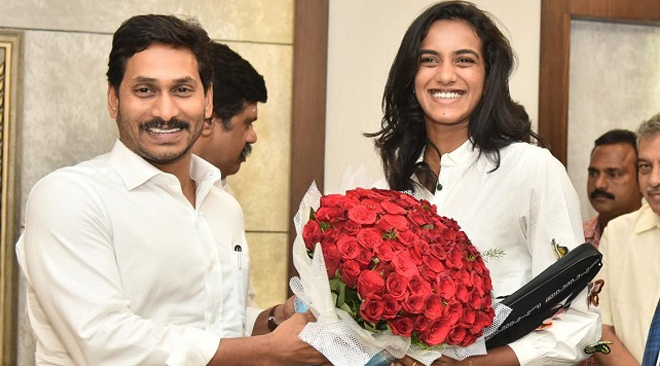 Finally, ace badminton star and world champion PV Sindhu called on AP chief minister YS Jagan Mohan Reddy on Friday. YS Jagan congratulated her on winning the world championship and assured to allot five acres of land to her in Vizag if she was ready to establish a badminton academy there.

There were questions  about PV Sindhu not meeting YS Jagan Mohan Reddy. Soon after coming back from the tournament, she had met both Prime Minister Narendra Modi and Telangana CM KCR. But, she did not meet Jagan.

But, with the AP Government recommending her name for the Padma Bhushan, PV Sindhu and her parents have gone to Amaravati to meet YS Jagan Mohan Reddy. Jagan wished more successes and more awards for Sindhu in the days to come. Minister Avanti Srinivas,  and SAP officials were also present.