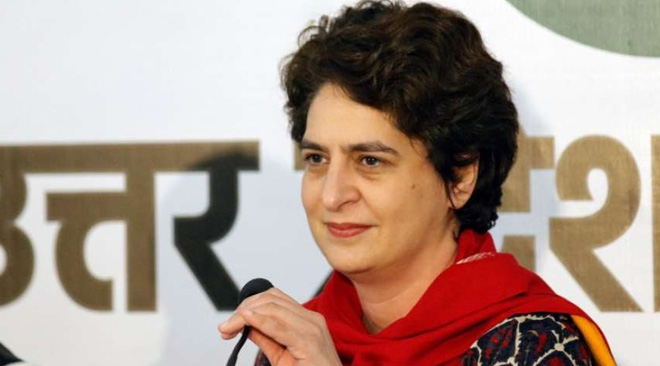 To diffuse the political crisis in Rajasthan and pacify a sulking Sachin Pilot, Congress general secretary Priyanka Gandhi Vadra has stepped in to keep the house in order.

Sources close to Priyanka said that she has spoken to a couple of leaders and added these leaders talk regularly with her.

But the sources said that they cannot confirm or deny if Priyanka Gandhi has spoken to Pilot.

After her intervention, posters of Pilot were restored again at the PCC and at her behest Randeep Surjewala pitched a high appeal from Jaipur to Pilot and his supporters. Congress state in-charge Avinash Pandey also said that he is “willing to talk” but in the morning he had said “indiscipline” will not be tolerated.

Sources said that K.C. Venugopal has been assigned to talk to Pilot as Venugopal is General Secretary Organisation and has been a Union minister with Pilot during UPA 2.

Meanwhile Rajasthan Chief Minister Ashok Gehlot showed his strength in the Legislative party meet with approximately 105 MLAs with him.