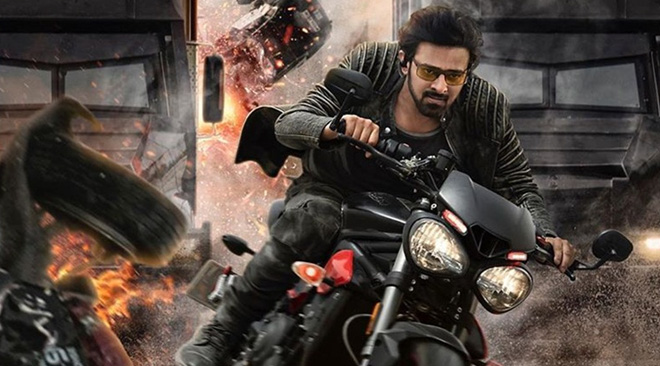 After Baahubali-2, Prabhas is ready with his next action bonanza, Saaho. The movie was two years in the making and it is releasing on 15th August, 2019.
VFX quality of the trailer seems to be low than Baahubali level and it also seems more like game visuals. May be the producers wanted a teaser level output for the first one and they may improve on it like Marvel. But the visuals which seem to be the USP of the film, needed a lot more attention.
Sujeeth Sign seems to have noted all the elements that worked in Baahubali movies and he brought up some interesting things like Prabhas escaping a big truck tripping over and also huge army.
The ideas seem lavish and good. But to create a different world young director seems to have gone a bit too far with the lighting and color palettes trying to keep them brighter than normal realistic mode.
We may see improvements in the film but the ambition is quite heartening. Movie deserves to be given a chance at the theaters for now. Prabhas and Shraddha Kapoor seem to have a great chemistry.