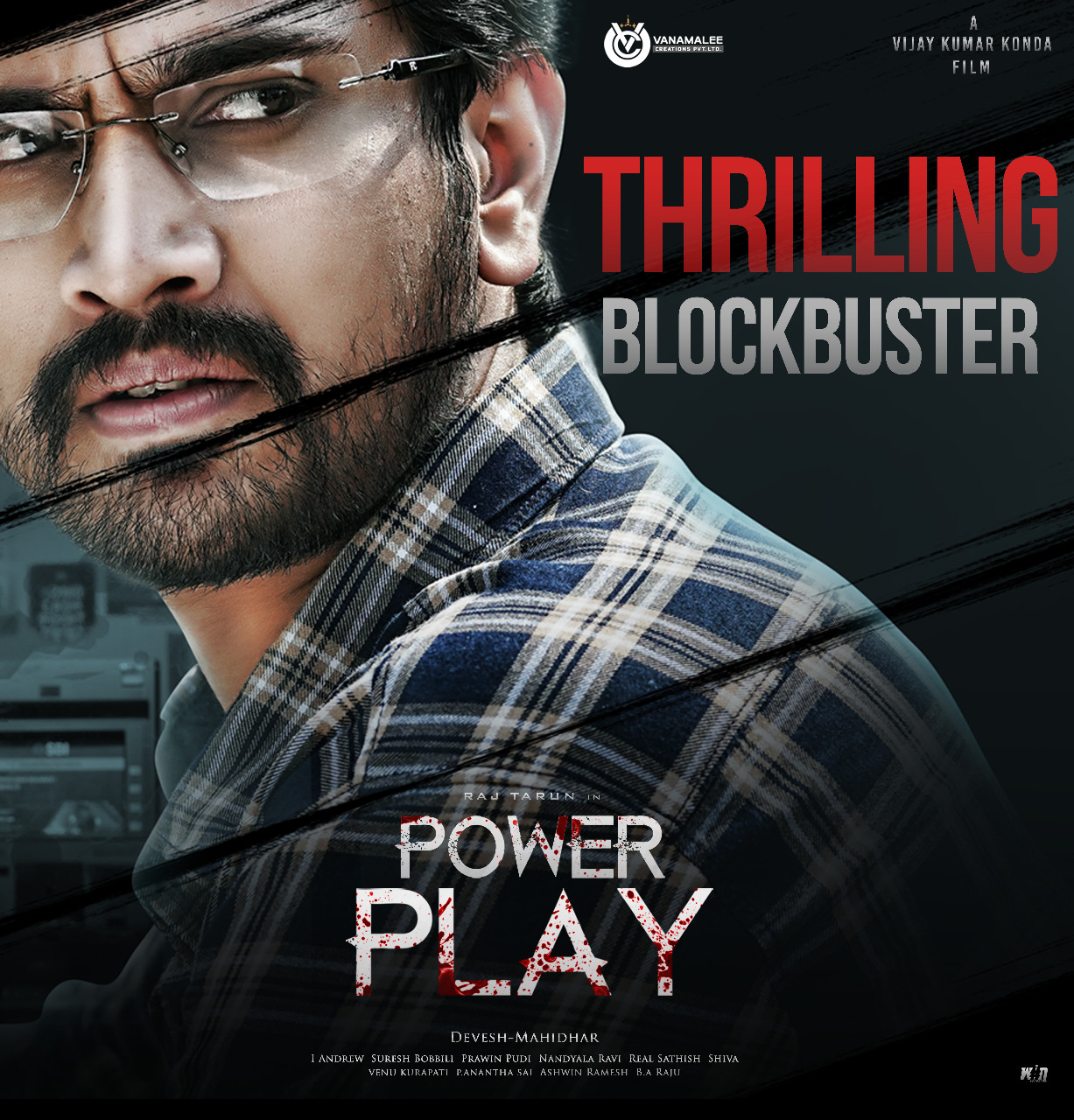 Vijay Kumar Konda (Raj Tarun) is preparing for groups and is in love with Keerthy (Hemal Dev).  The girl’s father does not approve as Vijay is currently jobless. Vijay’s father who is a government employee takes voluntary retirement so that his son will get the job. When everything is sorted out for the marriage of the couple,  Twist in the tale arises and Vijay gets locked up in police station. He loses his chance of getting the job, girl and even his father escapes of getting killed. Vijay tries to find out what is happening in his life. When he tries to connect all the pieces he finds out that there are bigger names involved to cover up a bigger crime. How he unfolds and solved his situation forms the plot of ‘Power Play’.

Raj Tarun who is known for his boy next door roles did a serious thriller film for the first time in his career. He gave a solid performance and looks effortless playing the role of an innocent who tries to get back his lost life. He brings in much needed sympathy for his role with his natural act and shows the intensity throughout the film.

Poorna, plays the role of a Minister and also daughter of a CM. Her character has various shades and she did superbly with a standout performance. Debut heroine Hemal Dev did well in her first film and her chemistry with Raj Tarun looks good on screen.

Director Vijay Kumar Konda, who is known for breezy romantic entertainers, shifts into Thriller genre for the first time. He did a commendable job in narrating the plot engagingly. Though the film has a slow start, once the main conflict begins Vijay Kumar made sure that the film is racy with clever twists and turns.

With the introduction of key character, Poorna in the second half it takes an interesting turn. As things start unfolding the film gets more interesting. Director made sure that this film hits all the right notes and stats engaging till the end.

Cinematography by Andrew is one of the highlights and he brings in the mood for a thriller with his camera work. The music by Suresh Bobbili elevates the suspense. Prawin Puri’s slick editing helped the proceedings to move in rapid pace. The Producers Devesh and Mahidhar deserves appreciation for choosing a thrilling script as their first production and delivered it with quality.