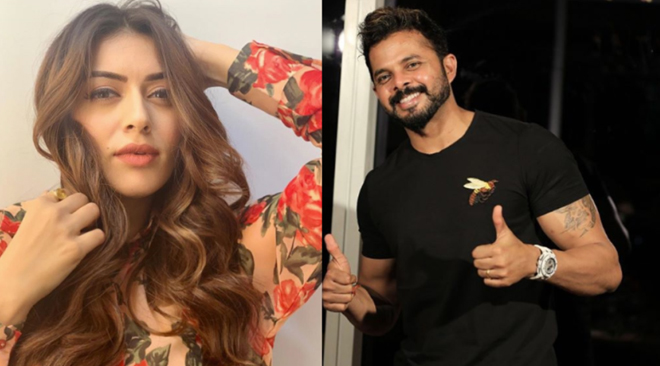 Bubbly beauty Hansika is currently trying to revive her career in both Tollywood and Kollywood. She will be soon seen in the film Tenali Ramakrishna BA BL, which stars Sundeep Kishan in the lead role and is directed by G. Nageshwara Reddy. Apart from that, she is also doing a couple of films in Tamil.

One of these Tamil films will be a horror movie that will be directed by the duo Hari Shankar and Hari Narayanan. They have earlier helmed the movie Ambuli. This new project will be bankrolled by Ranganathan. According to the Kollywood sources, cricketer Sreesanth will be playing the negative lead in this movie.

Apparently, the makers have already held talks with Sreesanth and the latter has given his nod to act in the film. The shoot of this film is expected to go on to the floors soon. Sreesanth had earlier acted in the film Team 5 and also appeared in the television reality show, Bigg Boss.