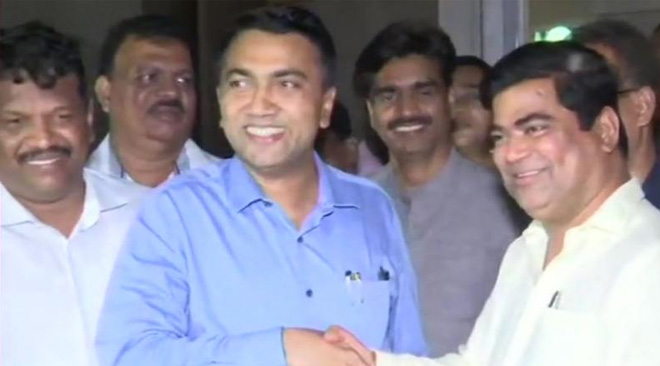 Ten of the 15 Congress MLAs in Goa have joined the BJP. They went to Delhi and formally joined the party. There is one person in the BJP who is not liking this development one bit. He is unhappy because this is not the way his father would have wanted politics to be played. He is Utpal Parikkar and his father is former Goa CM and former defence minister Manohar Parrikar.

Utpal Parrikar says  that his father would not have agreed to such kind of politics. My father kind of politics has ended on March 17, the date he died, said Utpal. He is unhappy that the party has not given the ticket to contest from his father’s seat. Since then, he has been sulking and is keeping away from the party national leadership.

The BJP gave the party ticket to some other candidate and he had lost the elections. Interestingly, the winning Congress candidate too is among those who have joined the BJP. This only means that he would get the party ticket in the next elections and Utpal might not get a chance to contest even in 2024.