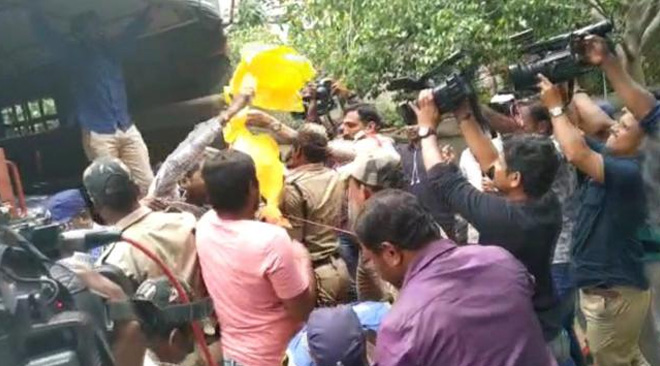 Osmania University, Hyderbad students decided to stop Bigg Boss Telugu season 3 from launching and they decided to block the road outside Nagarjuna Akkineni’s house in Hyderabad.
The senior actor and star known as King, by his fans, decided to host the show for season 3 after long contemplation. He is said to be offered a huge amount as remuneration to close the deal as the producers was desperate.
But students triggered by some political groups decided to stop Bigg Boss season 3 from airing as two actresses launched complaints saying that the makers have asked for “compromise”.
They created ruckus at Nagarjuna’s house but the actor was at the premises. Police cleared them from there. Already shoot for the premiere on Sunday was shot on Friday, as per the sources. Season will launch on 21st July and will be telecasted on Star Maa as planned even though the court hearings will proceed about the telecast of the show.