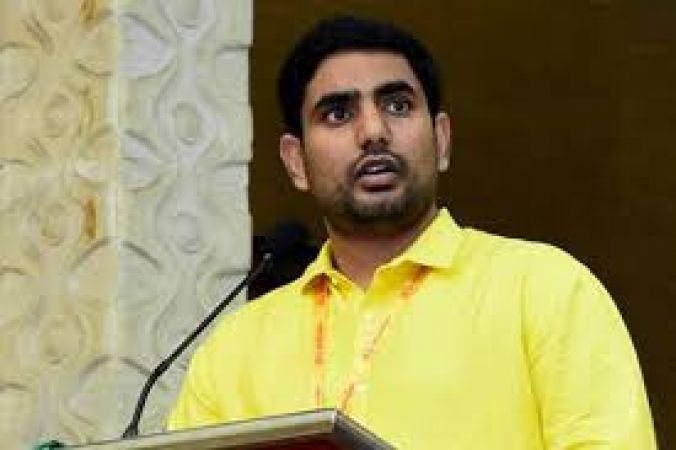 “You (YSRCP leaders) are in power. Because you are not visiting, I am visiting for the sake of the people even when I am not in power. If you visit, we don’t have to work. Because of your inefficiency, I am visiting,” lashed out Lokesh on the ruling party.
On Monday, he visited the Srungavarapapadu village abutting the Kolleru lake to meet people affected by the floods. He took a boat ride to survey the village. He said knee-deep water was still there in Srungavarapapadu, where people allegedly did not receive any basic essential kits.
Wearing a mask, Lokesh rolled up his trousers up to his knees to wade through the floodwaters and interacted with the villagers.
“Flood waters are there in Kolleru region from the past 15 days, they are still there. In Kolleru region, most fish ponds have been destroyed. It takes Rs five lakh investment for each pond. Aquaculture farmers lost like never before,” he said.
According to Lokesh, a deluge of this kind never happened in the past 40 years.
“There is nobody to rescue the farmers. This is a deplorable development, nobody is visiting them. People are suffering, farmers are suffering. All the assurances given are limited to papers and government orders,” he alleged.
Lokesh said his eyes welled when the villagers told him that two people died of viral fever recently, even as no hospital was available in the village.
Recalling his recent visit to Anantapur district in Rayalaseema region of southern AP, the TDP supremo’s son said the situation is the same.
Later, Lokesh visited the Undi Assembly constituency in West Godavari district.