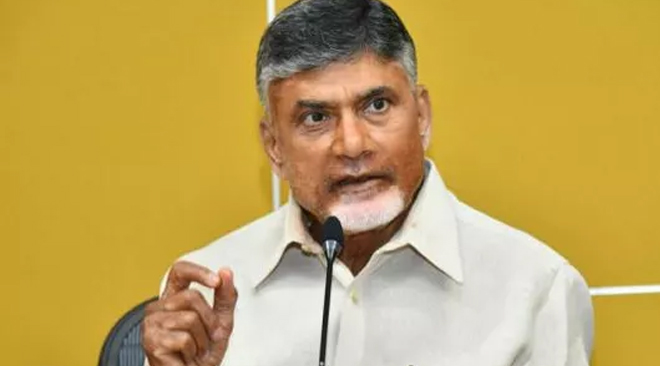 Amaravati: While the YSRCP government is on a fast track implementing the welfare schemes promised and is confident of a huge victory in the local body elections, the opposition TDP is finding difficulty in fielding candidates for the local body elections, said Minister for Panchayat Raj Peddireddy Ramachandra Reddy.
Speaking to media here on Friday, he said TDP leader N Chandrababu Naidu has been leveling false and baseless allegations that TDP candidates are being attacked. This is to cover up the imminent defeat in the local body elections. But in reality, this is the first time in state history that elections are being conducted peacefully with stray clashes which is a common factor during elections. Naidu is unnecessarily creating a ruckus over the issue in fear of losing the elections to local bodies very badly, he added.

Even TDP leaders are worried to go and support their candidates in the elections as they were aware that people want YS Jagan Mohan Reddy as Chief Minister for many years. TDP senior leaders Vamshi, Maddaal Giri, Pothula Suneetha, Dokka Manikya Vara Prasad, Rehman and various others have left the party as they have lost faith in the leadership and Naidu is now searching for reasons to defend his shortcomings. ‘Naidu with the support of a section of media trying to create a hype that all is well within his party while the reality is otherwise,’ he said

The state people have come to know Naidu’s character when he tried to block various bills such as English medium bill, reservation for BCs, and separate commissions for SC and ST. ‘Naidu, who claims to have forty years of political experience is behaving like a senseless person and uttering unparliamentarily words on me and our Chief Minister,’he said and added that Naidu is showing fake affection towards Dalits.

If Naidu has a real intention for the upliftment of Dalits, he could have given chance to Varla Ramaiah earlier but ditched him. ‘If it was a winning seat, Naidu would have fielded his son Nara Lokesh but he chose a Dalit member Varla Ramaiah as it is a losing seat,’ he added.

The election process is being conducted transparently with no scope for any irregularities. Naidu is trying to search for reasons to mislead the public for TDP’s imminent defeat and leveling baseless allegations, Minister said