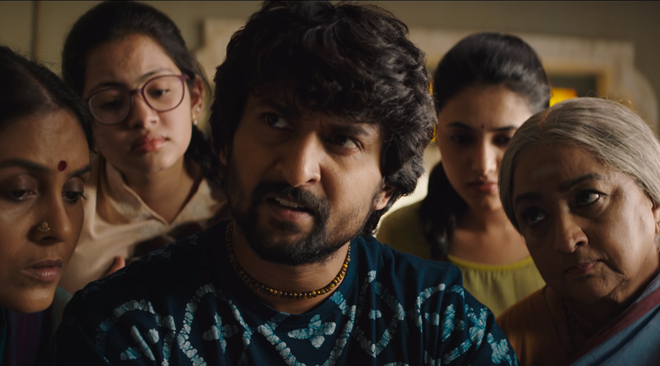 Nani came up with an interesting concept of a writer helping revenge of a gang of five women against six people. Vikram Kumar added his style of commercial elements to the script and he completed the film.
Now, the movie is ready for release on 13th September and the team dropped a trailer on 28th August. The trailer is a bit lengthy and it looks like the makers revealed entire plot.
Also, the elements are funny enough but Nani looks completely routine even in a Vikram Kumar’s film, one feels so. There could be an interesting twist to the story but the trailer reveals plenty.
Mythri Movie Makers need a hit after big disasters like Savyasachi, Amar Akbar Anthony and Dear Comrade. So, they are hoping for this to be a huge success but trailer is not upto the expectations.