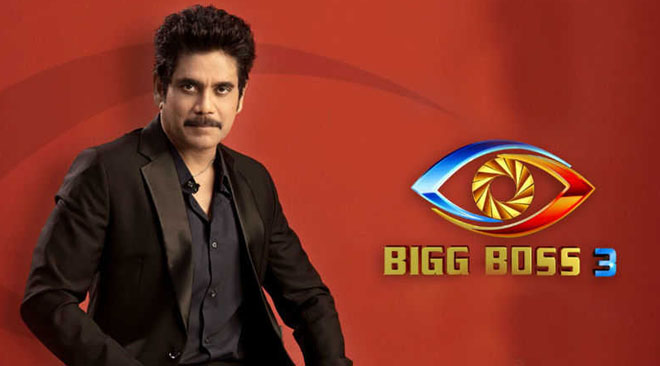 Nagarjuna Akkineni took over the reins of hosting the show Bigg Boss-3 in Telugu from Nani and Tarak aka Jr. NTR after their stints as hosts in season 2 and season 1, respectively.
On 26th July, the show launched on TV and it earned 17.9 TRPs highest for any show on Telugu TV and even it got highest GRP’s.
StarMaa executive and Manager of the Telugu programming, Rajiv Aluri, tweeted this on social media with great excitement.
“#BiggBossTelugu3 makes a phenomenal launch rating of 17.9 TRP’s which is highest for a show till date and also makes it to highest till date GRP’s. All set for a celebration”
StarMaa officially shared the stats that show got 44% of slot share in the first week, 19.7 TVR in Hyderabad, 60% of people watched Bigg Boss season-3 in the first week and got 1108 GRPs too. 4.5 crores of people have watched the show, it seems.
Bringing Nagarjuna and some hot TV celebrities for heavy remunerations seems to have paid-off well. Nagarjuna’s popularity as the host due to successful Meelo Evaru Koteeswarudu seasons also helped the TRP! Great start one must say.