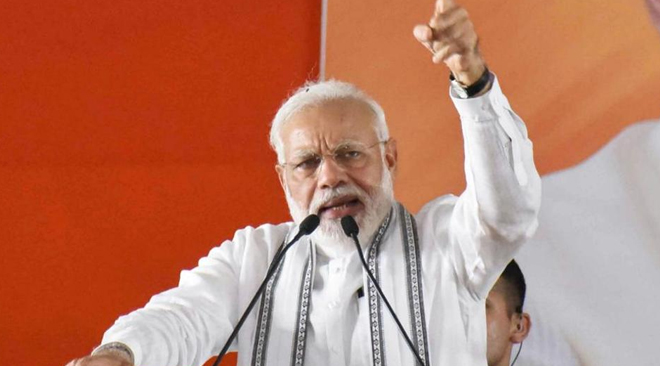 As the Bharatiya Janata Party (BJP) gears up for the Assembly polls in Jharkhand, Prime Minister Narendra Modi will be in Daltonganj and Gumla on Monday to address rallies.

In a tweet, Modi said he was looking forward to being among the people of the state.

“Will be campaigning in Jharkhand today. Looking forward to being among the people of this great state. Today”s rallies will take place in Daltonganj and Gumla,” he said.

BJP President Amit Shah formally launched the party”s campaign in the state on Thursday with a rally in which he accused the Congress of blocking the construction of the Ram temple in Ayodhya.

Elections for 81 Assembly seats in Jharkhand will be held in five phases, beginning from November 30, and the results will be announced on December 23.