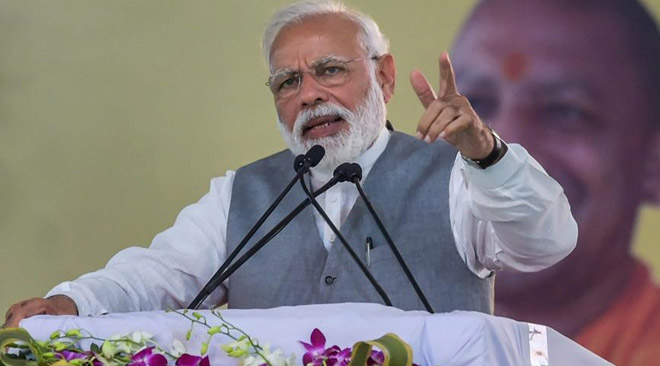 Many in the BJP are still confused as to why Speaker Sumitra Mahajan was not given the ticket to contest from Indore in MP. Sumitra Mahajan has an impeccable track record in Madhya Pradesh and her work as a speaker is also blemishless. So, why was she denied a ticket, this was the question many BJP wallahs have been asking.

Now, the reason is known. Highly placed sources within the BJP reveal that Narendra Modi will contest from Indore. This secret plan is known only to a very few persons in the party. Even Sumitra Mahajan came to know about it only at a later stage. Modi wants to contest from Indore to give a push to the BJP campaign in Madhya Pradesh and Chhattisgarh. This will also have impact on some parts of Rajasthan and Maharashtra.

Though Modi is doubly sure of winning from Varanasi, he wants to create a hype in the central part of the country, which is crucial for the BJP. Modi’s presence will give a boost to the BJP in this region. So, expect another shock bomb from Modi soon.