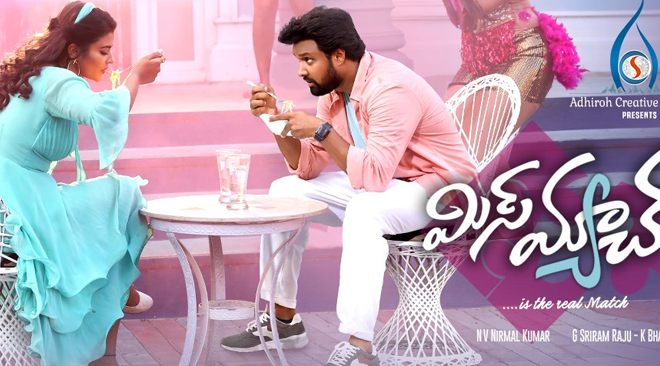 MisMatch, starring Uday Shankar and Aishwarya Rajesh in the lead roles hit the big screens today. The film is said to be a content-driven one and the trailer has already raked up the expectations on the film. Let us see whether the film can keep the viewers engaged or not.

Uday comes from a modern family has a good intellect. One day, he meets Aishwarya Rajesh, a girl who resides in a village. The rest of the story showcases the intriguing journey between these two contrasting characters.

The director of the film, Nirmal Kumar has picked a good plotline and narrates it without too many deviations. The screenplay is neat and it evokes interest.

Uday Shankar gave a mature performance in the film and he has improved since his debut film Aatagadharaa Shiva.

Aishwarya Rajesh, as we all know is a fine actress and she fits the bill perfectly. She is seen as a boxer and related scenes were gripping. Her chemistry with Uday Shankar is beautiful.

The rest of the star cast played their roles well and give a good vibe to the film.

Gifton’s music is very impressive and so was the background score. Also, the cinematographer Ganesh Chandra delivered a classy output with his brilliant work behind the lens.

Production values are really good for this film. The producers Ram and Bharath are to be commended for their work.

The remake of Pawan Kalyan’s super hit, Tholiprema’s song, ‘Ee Manase’ has come out really well. The entire song was canned in a single shot.