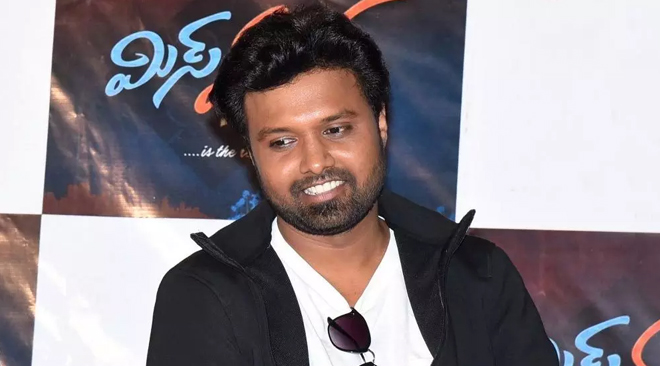 Uday Shankar and Aishwarya Rajesh starrer MISMATCH,  produced by Adhiroh Creative Signs is releasing on Dec 6th.
Uday Shankar who got much praise for his debut movie Aatagadhara Shiva is with us for an interview

I: Tell us about yourself

U: My mother is native to Jadcherla and my father hails from Maldakkal near Gadwal. I did my schooling in Nizamabad and Intermediate in Guntur. I completed M.A Sociology Ambedkar University.

U: Cinema has been a childhood passion. My father is a retired English lecturer in a Government Polytechnic College.

I got a chance to act in the Aatagadhara Shiva movie. Previously,  I had acted in small roles in a couple of films produced by Rockline Venkatesh.  He liked my sincerity and gave me the opportunity to act in the film which was directed by Chandra Siddarth.

I: Why did you choose a different subject like Aatagadhara Shiva for your debut.

U: Aatagadhara Shiva was the remake of the hit Kannada film ‘Rama Rama Re’, I grew my hair and beard for a year. Noted director Trivikram Srinivas Garu told me recently that he liked the movie immensely.

I: How did the film MISMATCH come together?

U: I had made up my mind to do a strong message oriented film with a healthy family content. MISMATCH is a film about a young man who is prepared to sacrifice his love for seeing his lover’s dream come true.

I: Why did you go with director NV Nirmal Kumar?

U: We selected the director based on the quality of his previous offering Doctor Salim. He has done an excellent job of presenting the storyline and showcasing the strengths of the actors.

I: How did it feel sharing screen space with Aishwarya Rajesh who is known to be an excellent performer?

U: While it is my second film, it is her 25th film. She is a great actress whose character is the cornerstone of our film. She advised me to think of her as a friend and took steps to ensure I was at ease in the sets.

I: What about your next project?

U: Right now, I am completely focused on this film and praying for a positive result. I have heard a couple of interesting subjects which I have set aside.