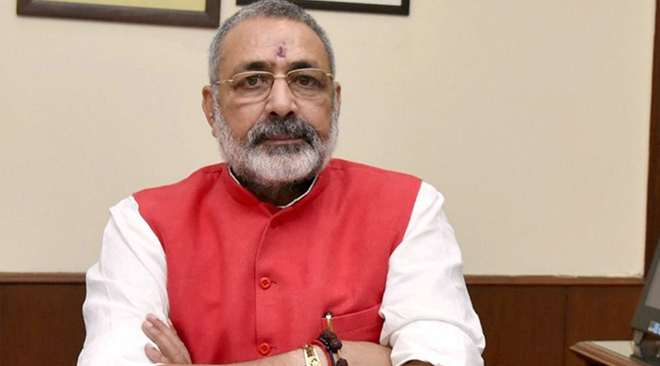 Remember Union Minister Giriraj Kishore’s strong comments against Iftaar parties by politicians during the Ramzan season? He received alround condemnation and NDA ally and Bihar CM Nitish Kumar has criticised him for that.

So, when BJP Muslim leader and senior minister Mukhtar Abbas Nakvi organised a Eid party, everyone was curious to know whether Singh attends the meet or not.

But, Singh chose not to attend the meeting. He was out of station and could not make it to the function. All other leaders of the NDA were present at the meeting. Though Giriraj Singh was not present, almost everyone discussed about him.