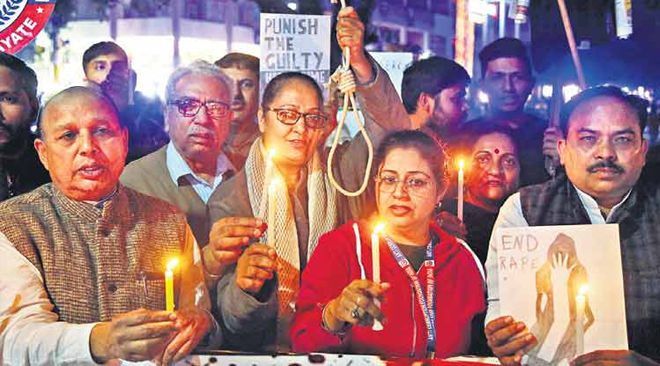 Cyberabad police investigating the gruesome gang-rape and murder of a woman veterinarian, said on Tuesday that it might intervene to stop the media from telecasting video clippings and photographs of the accused and related documents, adding it was hampering the probe.

The police have taken serious note of “some print and electronic media giving wide publicity and identity of accused and the documents related to the investigations by telecasting continuously in TV news channels and in newspapers and social media”.

The investigating officer in the case said this was hampering the investigation in terms of diminishing the value of crucial evidence which is vital for proving the guilt of the accused.

The officer said that in the exercise of the provision under Section 149 of the Code of Criminal Procedure, the police may interpose for preventing the commission of the cognizable offense.

He requested for stopping forthwith telecasting of video clippings, photographs of the accused persons and investigative documents in electronic, print and social media to avoid hampering in the collection of evidence and also prevent any cognizable offense.